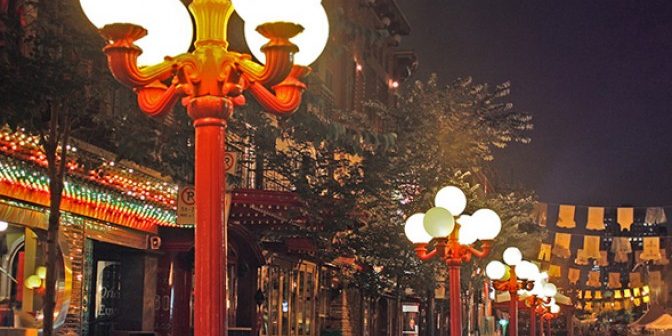 Montreal Chinatown Hotel ; Abri du Voyageur Hotel is a Montreal hotel situated in the Entertainment District, near Chinatown. Our hotel is the ideal choice to discover Chinatown and Montreal’s major tourist sites without breaking the bank.

Much of Montreal Chinatown is located on La Gauchetière Street and around Saint Urbain Street and Saint Lawrence Boulevard (boul. Saint-Laurent), between René Lévesque Boulevard and Viger Avenue (Place-d’Armes Montreal metro station), occupying roughly the area of a city block. The part of La Gauchetière that crosses through Chinatown is a pedestrian walkway, making it more inviting for a stroll. On several weekends during the summer, the street becomes a lively outdoor fair.

Montreal’s Chinatown is a vibrant nightspot for locals and tourists alike thanks to a special regulation by Montreal’s city officials which slates the sector as a tourist area, thus allowing it to continue operations well into the evening. Cantonese seafood, barbecue and dim sum restaurants and VietnamesePhở eateries are featured in Chinatown. Many local Asian-Canadians frequent the area since the shops offer products directly imported from Mainland China or Vietnam that are difficult to find elsewhere in town. During lobster season, restaurants there are so crowded that it can be difficult to get a seat without a reservation.